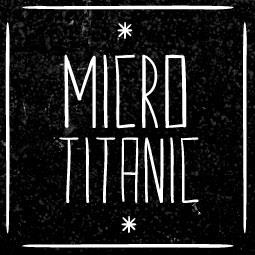 Micro Titanic is the experimental electronic workstation of Teis Albers. By combining a diverse set of beats, synths, filters and samples he’s exploring the boundaries of electronic music. ..
BIO:

The first release in May 2009 was a 15 track named “Universal Everything”. An exploration in digital music making using a variety of syths and beats. The follow-up EP, released in July 2009, was a 5 track called “Interplanetary Hunters”. The music caught the attention of Mangoest Records, an electronic music label from Belgium, and signed Micro Titanic to release new music. The first release was the 4 track ep called “the Future EP”(Nov.’09) which was extended in 2010 with 5 new promo tracks. 2011 hasn’t been very silent, Teis grabbed his old guitars and toned down the heavy beats to work on more soundscape type of sound. In 2012 he released ‘spark a fire’ ith a variety of new experiments.